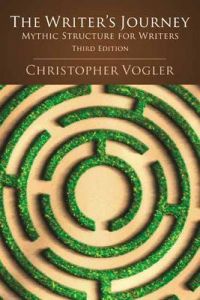 The Writer's Journey: Mythic Structure For Writers is a popular screenwriting textbook by writer Christopher Vogler, focusing on the theory that most stories can be boiled down to a series of narrative structures and character archetypes, described through mythological allegory.

Vogler based this work upon the writings of mythologist Joseph Campbell, particularly The Hero with a Thousand Faces, and holds that all successful films innately adhere to its principles. The book was very well received upon its release, and is often featured in recommended reading lists for student screenwriters.